Lorentz, Pare. Reno, NV: University of Nevada Press (1992). First Edition. Teal cloth with silver spine lettering. 243 pp. Photos. Very minor bump to head of spine. A clean, attractive copy. “During the 1930s, Lorentz made two revolutionary documentary films that epitomize life during that time. The Plow That Broke the Plains (1936) shows the tragedy of the Dust Bowl, and The River (1936) is a history of the Mississippi valley. President Roosevelt was so impressed with these films that he made Lorentz director of the newly formed U.S. Film Service. Lorentz talks candidly about the making of his films and includes samples of his correspondence with John Steinbeck, who worked with him in the U.S. Film Service. Scripts for four of Lorentz’s films are included in this volume, which will be of interest to students of documentary film.” – LJ Book: Very Good. Dust Jacket: Very Good. 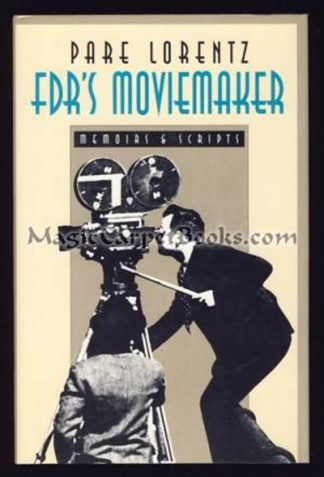 You're viewing: FDR’s Moviemaker: Memoirs and Scripts $17.95
Add to cart
Brought to you by WisdmLabs: Expert WooCommerce Developer